Warning: Use of undefined constant php - assumed 'php' (this will throw an Error in a future version of PHP) in /home/users/2/teakoto-kyoto/web/hp/en/wp-content/themes/jetb_press_12_TSK/a_upper.php on line 1

★Wifi free : Check in to our Facebook page, then you can get free WiFi !

★Halal friendly: We have the space for praying, and serve Halal sweets &tea !! 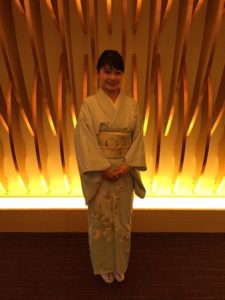 Learning tea ceremony when she was working for a bank for 5 years, she found the tea room was the best place to feel relax with varieties of Japanese art & cultures.

Since she would like to share this experience with everybody including foreign tourists,  Established Tea Ceremony KOTO in September 2015.

Received the certificate of excellence on TripAdvisor in 2017.

A specialist for lecturing tea ceremony in English.

The BEST Tea Ceremony for you

chosen by the House of Representatives in Japan & people invited by Ministry of Foreign Affairs of Japan.

Make you feel Japanese culture in 5 senses through tea ceremony. 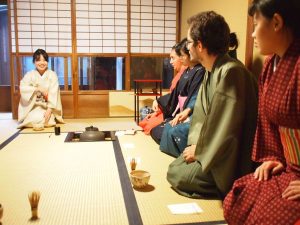 We will explain the meanings of each tea utensil or movement, which changes according to the season (every month!).

If you would like to see the casual show or just whisking matcha tea by yourself, we don’t recommend you to come here.

It’s the best place for you if you would like to know the authentic Japanese culture.

Japanese magazine for the school trip

Egyptian chairman and his group (2017), 中国上海市黄浦区公式訪問団

We are supporting the group home for people with a disabilities.