The star festival called Tanabata is derived from the legend of Alter and Vega, who were parted between the milky way.

July 7th is the only one day in the year the couple can meet.

In Kyoto, the tea ceremony for star festival is held in Kibune shrine, where a grand master dedicates tea to the god. I have never joined, but many tea masters attend it every year.

I plan to hold the special tea ceremony for star festival in Tea Ceremony Koto from June 20th to July 10th.

The legend of Alter and Vega 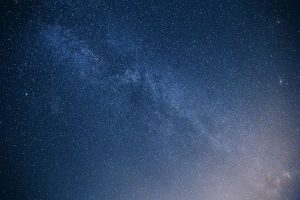 Alter and Vega had been working hard till they get married, but they didn’t work hard after the marriage because they absorbed in love totally. The king got angry and he separated them by the milky way.

They looked so sad that the king allowed them to meet only one day in the year on July 7th.

In Japan, people display bamboo tree in front of the house and tie the paper their wish are written. Then, it is said that your wish will come true. 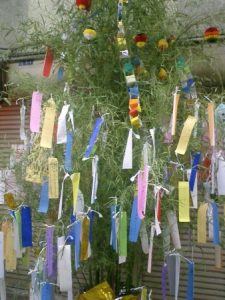 The star festival originally came from Chinese legend “Kikko-den” to wish for the improvement of the skills for sawing, weaving, or the short poems. It has been inherited since Heian period (794-1192) in Japan, so Reizei Court noble family in Kyoto still keep this ceremony in August 8th (it’s July 7th for lunar calendar).

In addition, it’s said that the one more origin of the star festival (Tabnabata festival) is the preparation for Obon, young ladies weaved clothes standing the table in the river. Tana means the alcove (table), and Bata means weaved cloth.

The leaf of paper mulberry, thought as the sacred plant. 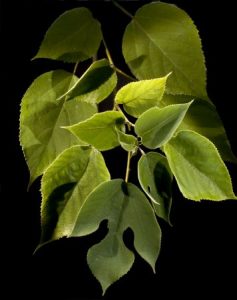 Talking about the star festival, most people imagine stars, milky way, and bamboo in japan. However, thinking about the origin, the leaf of Broussonetia papyrifera (paper mulberry) is the important item for July 7th. According to Chinese Kikko-den, people wrote their wish on the leaf of Broussonetia papyrifera using the ink melted by the evening dew on the taro leaves, which was thought as the special water from the god.

Since paper mulberry has fine furs, it is useful to write in calligraphy way. 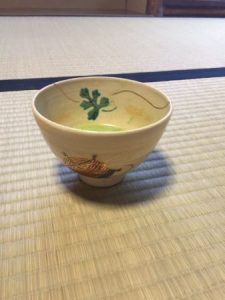 Because of this origin, the paper mulberry leaf is described on the tea bowl for the tea ceremony around July 7th. It has been thought as the sacred plant from long time ago. 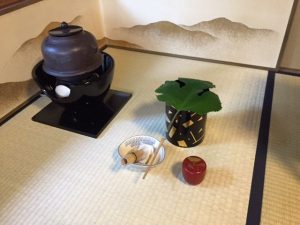 Actually, we have the typical way of tea for the star festival using a large leaf of paper mulberry. It was created by the 11th grand master of Urasenke, one of the biggest tea school in Japan which I belong to.

The large leaf will be the lid of the fresh water container. Don’t you think it seems cooler in summer?

The cylindrical vase called “Suehiro” is usually diverted to the cold water container for this way of tea, but we can use small pottery or glass as well. 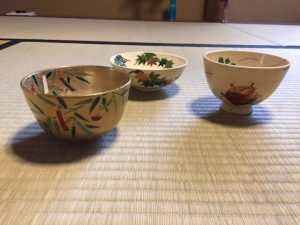 Students and masters of Urasenke practice the way of using the large leaf every year around July 7th.

Maybe it’s a little difficult to prepare the large paper mulberry leaf all the day from June 20th to July 10th, but I’m planning to hold tea ceremony of Star Festival in Tea Ceremony Koto by choosing the best tea bowls and sweets only for this season. 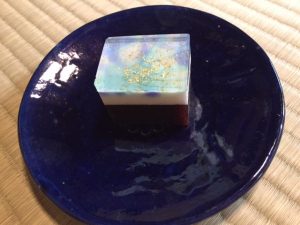