Tea Ceremony for the International Day of Peace

The symbol bell dedicated by a Japanese man, Chiyoji Nakagawa is rang in the United Nations in New York every year to wish the world peace.

Not only in the United Nations, but also the war is stopped temporarily in the front.


The Special Tea Ceremony for the International Day of Peace 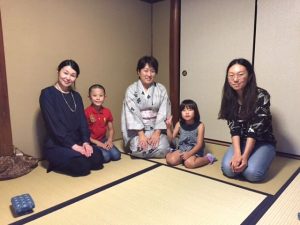 The special tea ceremony to wish the international peace was held in Tea Ceremony Koto in September 22nd, which was Japanese holiday :the Autumnal Equinox Day. 7 guest including foreign tourists, children, and foreigners living in Japan get together. 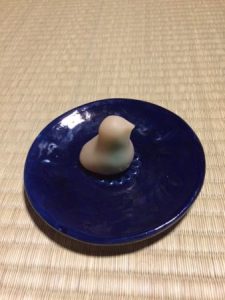 The sweet was “the white dove” to image the symbol of the peace made of bean paste.

I was glad to see children also liked matcha and Japanese sweets.

Actually, today’s tea was the thick tea (stronger tea) which is more traditional than the light one.

Since we share one bowl with other guests when it’s thick tea, we can feel the stronger sense of unity.

The hanging scroll was the special one written by 15th grand master of Urasenke tea family.

The spirit of Cha-do (tea ceremony) is similar to the heart to wish world peace.

And I displayed the autumn bell flower on the alcove to image Japanese bell in the United Nations in New York.

The symbol bell for the international day of peace was donated by Chiyoji Nakagawa（1905-1972) in Uwajima Ehime prefecture.

Since he experienced hard time in the WWⅡ, he collected coins from 65 countries and made the bell to wish the world peace after returning back to his hometown Uwajima. 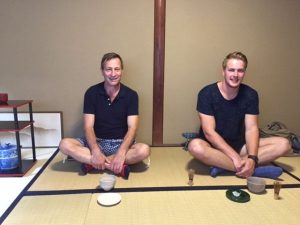 Although this event is not known very much in Japan, I guess people might have noticed on the Facebook because the many hearts were flying when we push “supper great” in September 21st 2016.

I wish I could hold this special tea ceremony next year, too. If I would have the chance to have this event again, I would like to do charity tea ceremony.