Hirano shrine for Sakura in Kyoto

Walking along Nishioji street for 15 minutes from Kinkakuji temple, we have Hirano shrine, one of the best spot for Sakura in Kyoto. It has many kinds of cherry blossoms from earlier ones to later ones.

Now most cherry trees haven’t been blooming yet, which will be very beautiful in the beginning of April. 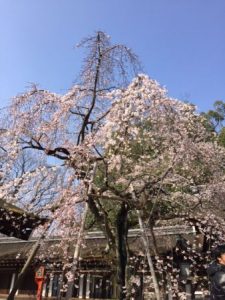 I visited Hirano shrine in the morning in March 23rd, when I bought fresh Japanese sweets at Oimatsu in Kamishichiken near here.

Actually I came here by hearing the news of cherry blossom’s blooming in Hirano shrine. It is kind of the annual event in Japan to hear the news of first blooming Sakura.

But only one weeping cherry were in full, but other seemed still sleeping.

The spiritual large camphor tree & many kind of Sakura 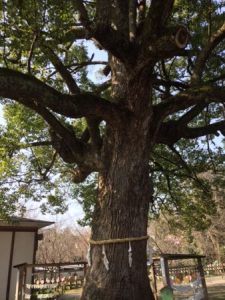 It’s not a cherry tree but the camphor which stands with dignified atmosphere. Walking slowly around the truck of the tree, we can gain the strong spiritual power from it. Touching the old tree, we can feel the vitality. I remember I had played walking around the tree when I was a child.

Around the large camphor, there are many kinds of cherry trees including later blooming rare kinds called “Gyoiko-“ or “Tsukubane”. 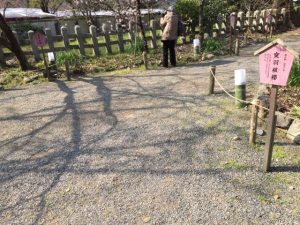 If you come late for the high season of cherry blossoms, you will be in time for the rare ones here! Although in Japanese, each name of cherry trees and their features are written on the boards.

I like the situation to come later in the middle to the end of April to see the late flowers are blooming quietly surrounded by just few people. 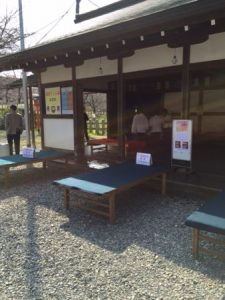 We can rest a little sitting on the bench outside. “Good luck sakura tea” or Japanese sweets made of beans and agar looks nice.

In addition, the open Japanese restaurant “Yuraku” limited in cherry blossoms’ season are open from March 25th to April 20th  in Hirano shrine.

I see a lot of people are drinking and eating under cherry blossoms at night. Seeing the Facebook page, some day in the beginning of April have been booked out already.

I guess more tourists and local people come from now on even in the early morning. 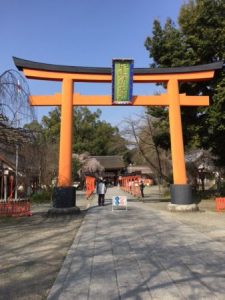