In April 9th 2016, we found a lot of people from Japanese TV stations were standing around the old cherry tree beside the shrine office in Kitano Tenmangu in Kyoto.

They were standing the ladder beside the cherry tree and taking the photos.

The old cherry blossom which is 120 years old was found to be the one and only kind in the world!

Only one sakura in the world! Turning white to pink! 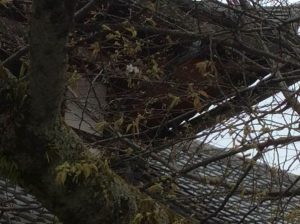 The one and only cherry blossoms bloom late than general sakura in Japan, Someiyoshino

Seeing this photo, it seems they have already fallen down, but actually, they have just started blooming.

Now we have just 2 white flowers on the tree. I’ve heard they will turn into pale pink later.

It was first time for me to hear one flower changes the color though I have seen some plum trees or peach trees have both pink and white flowers at the same time. 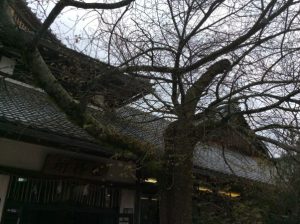 According to the NHK new, it was found to be the one and only Sakura by the research of Sumitomo Forestry co. It was named “Kitano Sakura” from the shrine’s name. They will be carefully grown to increase the stock.

Such a nice cherry blossom which blooms later than Someiyoshino, I hope them to grow well and make Kyoto Nishijin area more beautiful.

I’d like to go again to see them in full blooming and the process of changing color. 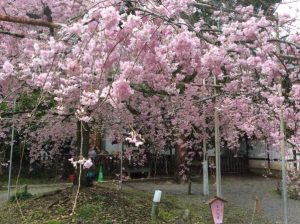 It was just one cherry tree blooming when I had been to Hirano shrine in the end of March, but now other trees have just gone through the peak season.

Although some of them fallen down when it rains heavily in Kyoto few days ago, still we have such beautiful cherry blossoms here. 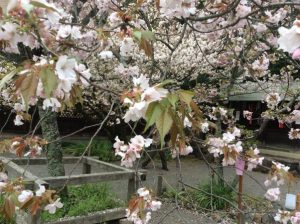 If the general ones, Someiyoshino fall, the later ones starts blooming from now on.

I’m excited to see them!